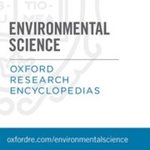 Indigenous rights to water follow diverse trajectories across the globe. In Asia and Africa even the concept of indigeneity is questioned and peoples with ancient histories connected to place are defined by ethnicity as opposed to sovereign or place-based rights, although many seek to change that. In South America indigenous voices are rising. In the parts of the globe colonized by European settlement, the definition of these rights has been in a continual state of transition as social norms evolve and indigenous capacity to assert rights grow. From the point of European contact, these rights have been contested. They have evolved primarily through judicial rulings by the highest court in the relevant nation-state. For those nation-states that do address whether indigenous rights to land and water exist, the approach has ranged from the 18th- and 19th-century doctrines of terra nullius (the land (and resources) belonged to no one) to a recognized right of “use and occupancy” that could be usurped under the doctrine of “discovery” by the conquering power. In the 20th and 21st centuries the evolution of the recognition of indigenous rights remains uneven, reflecting the values, judicial doctrine, and degree to which the contested water resource is already developed in the relevant nation-state. Thus, indigenous rights to water range from the recognition of cultural and spiritual rights that would have been in existence at the time of European contact, to inclusion of subsistence rights, rights sufficient for economic development, rights for homeland purposes, and rights as guardian for a water resource. At the forefront in this process of recognition is the right of indigenous peoples as sovereign to control, allocate, develop and protect their own water resources. This aspirational goal is reflected in the effort to create a common global understanding of the rights of indigenous peoples through declaration and definition of the right of self-determination articulated in the UN Declaration on the Rights of Indigenous Peoples.