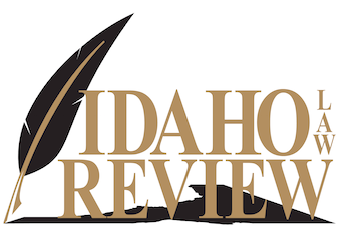 The American Injustice System: The Inherent Conflict of Interest in Police-Prosecutor Relationships & How Immunity Lets Them 'Get Away with Murder'

There is an inherent conflict of interest in the American justice system arising out of the intimate police-prosecutor relationship that has evolved in the United States over the last forty years. While police and prosecutors formerly operated as independent units, a concerted effort to join forces has resulted in close working relationships. These relationships have increasingly led law enforcement to employ perjury and unethical tactics to obtain unjust convictions against criminal defendants. In addition, they have allowed law enforcement to commit atrocious acts without fear of punishment. And, because police and prosecutors enjoy immunity under 42 U.S.C. § 1983 for almost any conduct, victims and their families are often left without recourse in either a criminal or civil forum—even when law enforcement officials commit criminal, malicious, or bad faith acts against them. But there is hope yet. This Comment proposes a larger degree of separation between officers and prosecutors. It also proposes that law enforcement officials be held accountable for purposefully failing to report each other’s misconduct and criminal acts. Finally, it suggests that immunity doctrines should be limited to exclude malicious and bad faith acts. These modifications will result in a more trustworthy and predictable criminal justice system—one that stifles the insidious behavior that leads to unjust criminal convictions, and provides § 1983 plaintiffs a better chance at recovery when law enforcement officials violate their rights. Human progress is neither automatic nor inevitable . . . Every step toward the goal of justice requires sacrifice, suffering, and struggle; the tireless exertions and passionate concern of dedicated individuals.

Alexandra Hodson, The American Injustice System: The Inherent Conflict of Interest in Police-Prosecutor Relationships & How Immunity Lets Them 'Get Away with Murder', 54 Idaho L. Rev. 563 (2018).
Available at: https://digitalcommons.law.uidaho.edu/idaho-law-review/vol54/iss3/1